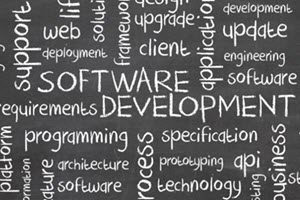 I’m a software guy – I view most problems through the lens of software flexibility, algorithms, and user experience design. It’s probably why I was so shocked when I first realized that trillions of pixels were being deployed every year without a thought about how they are to be accessed and shared (past the video cable). Since that moment, we’ve developed and sold software that Intel rightly called ‘software defined displays’ several years ago.

We decided that the Audio/Visual resellers and integrators were the right partners for us. Contrary to popular belief in some software circles – the AV community is capable of selling enterprise software systems, they just hadn’t been given much of a chance. In the past 18 months, we’ve been proven right. Our AV partners are able to sell, configure, and support Solstice – our software to transform your displays from lonely AV islands into shared, wirelessly accessible infrastructure.

That being said, I have been in meetings where I realized that even a simple technology primer for traditional AV technicians could be really valuable. As the IT/software world continues to eat custom hardware solutions, every member of the AV world should know at least these three things (they’ll at least make you sound hip at the next InfoComm after-hours party):

The Difference between TCP and UDP: Both of these are communication protocols are part of the Internet Protocol (IP) stack that defines how devices communicate over the internet. Both protocols send “packets” between senders and receivers in some agreed upon format.In the case of TCP, the protocol focuses on in-order, lossless delivery of information. It accomplishes this by adding a sequence number to each packet so that the receiver can reassemble the message in the order in which they were sent. In addition, TCP requires a receiver to always send an acknowledgment of receipt when a packet arrives. If the sender doesn’t get an acknowledgment, it knows the packet was lost and needs to be re-transmitted. This is great for reliable delivery when time isn’t of the essence. Think emails over TCP.In contrast, UDP focuses on fast delivery of packets that can arrive out of order and could be lost. It’s typically used for broadcasting real-time video when a few packets being lost may not even be noticed, but real-time speed is required. With many receivers and one sender, it’s also a good option so that not all receivers are crushing the sender with acknowledgements.

CCS Admin
Recent Posts
ABOUT CCS INDIANA
CCS can design a custom AV solution to meet the needs of your company, district, or school. We specialize in interactive technology, cloud-based conferencing, and high-quality audio-visual products to improve efficiency, increase collaboration, and enhance presentations in your organization. Contact your local CCS Columbus or Louisville office today.
RECENT NEWS
OUR OFFICE LOCATIONS
CCS Presentation Systems maintains over 30 locations nationwide. For a complete list of our office locations and to find the office nearest you click here.
Copyright 2017 CCS Presentation Systems Indiana / Kentucky; all rights reserved.
site designed by iDZYNS
Contact Us

We're not around right now. But you can send us an email and we'll get back to you, asap. 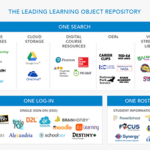 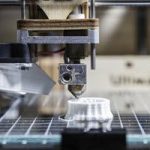